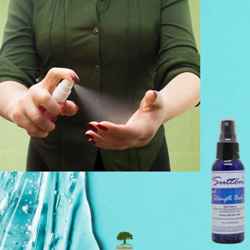 The antibodies present in our immune system fight to ward off infections caused by foreign elements such as virus and bacteria that they regard as a serious threat to our overall well-being. Silver is one such element, occurring in nature, that can super-charge your immune system and ensure that you stay healthy always.

Usage of silver in the cuisine is not alien to several older civilizations like those of Greeks, Chinese, Roman, and Egyptians. Not just this…The traditional medicinal system of Ayurveda also supports the use of silver in small amounts both as a tonic and elixir. That way, it has been able to effectively cure neurological, respiratory tract, and urinary disorders alongside muscular dystrophy, infertility, and diabetes.

By this point, certain questions might be cropping up at the back of your mind…”Is silver really that effective?”…“What if it’s toxic to humans like other heavy metals such as lead and mercury?”..

Well, the good news is that silver as a metal and as a non-essential element is not toxic to humans! It is completely safe to the human body!

Silver is not known to cause cancer, reproductive, or neurological damage, or other adverse health consequences in the long term. In fact, the normal day-to-day contact with solid silver coins, or utensils also do not affect human health in any manner.

Actually, solid silver is almost completely biologically inert. So, even if 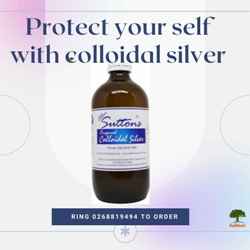 it is ingested, in most cases it would just pass through the human body without being absorbed into the tissues. Occasionally, sensitive individuals suffer allergic reactions, for instance, after prolonged exposure to powdered silver or dental fillings.

Silver has traditionally been used for water purification, and treating wounds and injuries. Till date, silver is required in reconstructive orthopaedic surgery, manufacture and functioning of cardiac devices, catheters, as well as surgical appliances. It has an extensive history of utilization as an antibiotic in human health care, and as a broad spectrum antimicrobial agent in folk medicine. It was believed that people who ate from silver dishes and cutlery are less likely to fall ill. 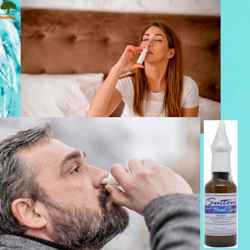 What’s more?! Silver is also available in liquid form, known as the Colloidal Silver. It is basically the suspension of sub-microscopic silver nanoparticles in water. Prior to the introduction of antibiotics, colloidal silver was widely used as an antibacterial, and as dressing agents in hospitals for almost 1,200 years. It is proven that colloidal silver can kill germs by binding pathogens (microorganisms that cause diseases). No wonder that it’s also finding its place in traditional medicines to negate conditions like acne, psoriasis, and cysts!

With the rise of antibiotic resistance worldwide, silver is now making a comeback as a useful antimicrobial alternative!

Masked by modernity, we often tend to overlook the greatness of our traditional metals and minerals. After knowing how beneficial it can be, don’t hesitate to opt for colloidal silver products. We can assure you that it will become your favourite health companion in no time! It is actually quite simple to be healthy, and as we know health is wealth!